Pigeons roosting high in the structural beams of the hanger particularly above the tail wing area where aircrafts are being serviced. Bird faeces were being dropped onto the aircraft and platforms below, where the engineers access higher points of the aircraft. This was a major health and safety issue for workers as well as a potential slip hazard. Nesting materials were being dropped by pigeons that entered the hanger. This material had the potential to fall around jet engines and other sensitive areas of the aircraft creating a fire hazard. The solution was to place our Pulse Wire System in the hanger structure above and around the areas affected. This has been very successful and regular cleaning of the aircraft and the aircraft service points is no longer needed. – Air New Zealand 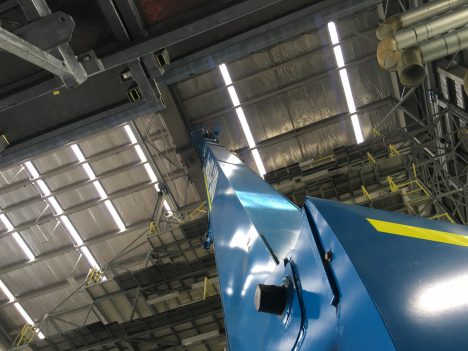